The decorative cycle of the transepts is made up of thirty-seven painted canvases which sequentially describe the Stories of Abra­ham, Isaac, Jacob and Joseph.

A vast Old Testament structure with inscriptions explaining relevant biblical events in the Christian tradition. Christ is the fulfillment of the promise made by God to Abraham of numerous descendants: “And simply by being Christ’s, you are that progeny of Abraham, the heirs named in the promise.” (Letter of St. Paul to the Galatians 3:29.

The surviving narrative of these frescoes using a mixed technique be­gins at the first vault of the east aisle of the north transept near the presbytery, with the story with Hagar who takes refuge in the desert, then continues north making the whole round and returning to the presbytery, the theological point of reference.

It is difficult to attribute the authors and the exact dates of these works, presumably from the second half of the 1300s. 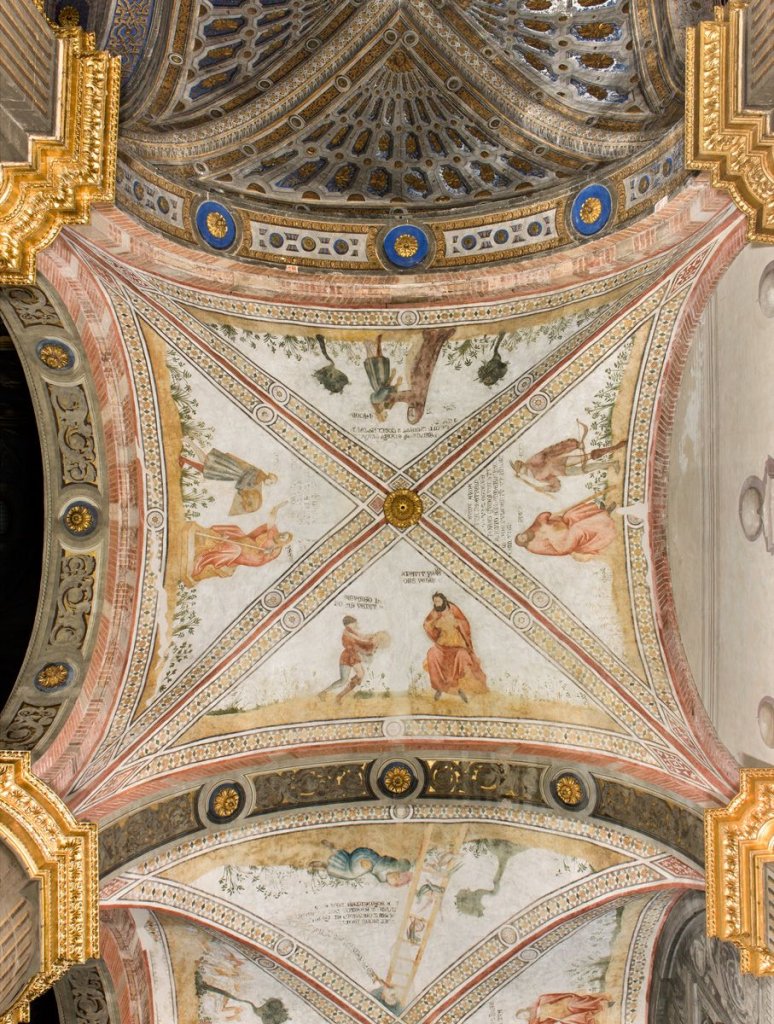 Stories of Isac and Jacob