[Hail Queen of the heavens;

Hail Lady of the Angels]

The first verses of this ancient Marian antiphon seem to be really shaped in the sculptural group that portrays the assumed Virgin surrounded by angels in the Chapel of Our Lady of the People.

Before this sweet face one can meditate on some words of Saint John Damascene that help to bring one closer to the mystery of the Assumption and Mary herself:

This passage – quoted in the Apostolic Constitution Munificentissimus Deus of His Holiness Pius XII (November 1, 1950) which solemnly defined the dogma of the Assumption – beautifully depicts the extraordinarily unique traits that make Mary the highest and the most noble of all creatures.

She who from eternity had been chosen to give birth to the Savior was preserved by divine will from all stain of original sin and this purity, which remained intact in giving life to the Son of God, has remained so even after death, not having known the corruption of the tomb and therefore anticipating the resurrection which is intended for all the children of God on the last day, when the mortal flesh of each of us is rejoined to its soul.

While admiring the Chapel of Our Lady of the People, a sort of “golden treasure chest” containing the devotion to the Blessed Virgin, to the left of altar, parallel to the Blessed Sacrament Chapel, one can almost see translated into architecture of the Cathedral, the intimate and extraordinary union of Mary and her Son. She – we again find in Munificentissimus Deus – “… from all eternity joined in a hidden way with Jesus Christ in one and the same decree of predestination, immaculate in her conception, a most perfect virgin in her divine motherhood, the noble associate of the divine Redeemer who has won a complete triumph over sin and its consequences, finally obtained, as the supreme culmination of her privileges, that she should be preserved free from the corruption of the tomb and that, like her own Son, having overcome death, she might be taken up body and soul to the glory of heaven where, as Queen, she sits in splendor at the right hand of her Son, the immortal King of the Ages.”

In the Assumption of Mary we see that in God there is room for man and that because of Mary herself, in man there is room for God. God is in Mary and Mary is in God; the word, the thought, the heart of Mary are the words, the thought, the heart of God and this participation in this divinity renders her very close to us, interior to each and every one of us that we have received her as a gift as a Mother from Jesus himself when, on the cross, said to the beloved disciple, “Behold your Mother” (see Benedict XVI; homilies of 15 August 2005 and 15 August 2012).

To her, who truly regards each of us with a mother’s eyes, we entrust all suffering, all hope, all joy, certain to be in safest of harbors: the ’embrace of a mother.

[We fly to your patronage,
O holy Mother of God;
despise not our petitions in our necessities,
but deliver us always from all dangers,
O glorious and blessed Virgin. Amen.]

Location on the map

To the left of the apse

Giovanni Battista Zaist received this assignment for which he initially planned to place the Marian effigy in the apse at the end of the choir, within a large wooden altarpiece preceded by a renewed altar that could have provides a suitable proscenium.

This plan was not likely to reach a consensus because it would have obscured the great altarpiece of the Assumption of Gatti. Hence once the idea of the altarpiece was disproved, Our Lady of the People reached the chapel that is still dedicated to her in 1757 after about six years of work. It is still Zaist who oversees the necessary renovations and who provides for an opening behind seventeenth century altar to construct a new chapel destined to house the statue of the Virgin. This is an outstanding example of integration between the existing seventeenth-century altarpiece – by Malosso and Dattaro – and a new reality that, in the arch opening, recalled precisely the platform recently dismantled in the choir. 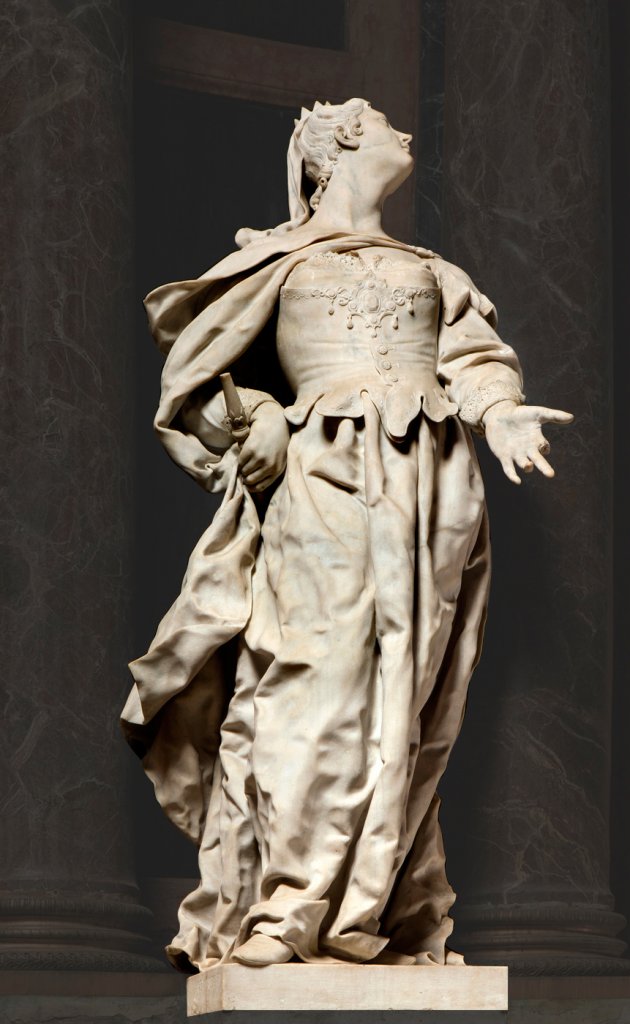 During the works, there was a variety of collaboration with some remarkable prominent artists, including Antonio Calegari, author of the complex of clouds and cherubs we still admire today around the effigy of Assumption by Giuseppe Chiari – that substituted an ancient sculpture and there placed only after 1855 – and of the splendid statues of Esther and Judith with the head of Holofernes: extraordinary eighteenth-century sculptural evidence whose drapery illuminates the two sculptures of a vibrant plastic movement. Ester is elegantly regal; Judith is fair as she raises the head of Holofernes; they are both masterfully placed in dialogue with the two angels above – a creation by the same artist – placed above the imposing frames. 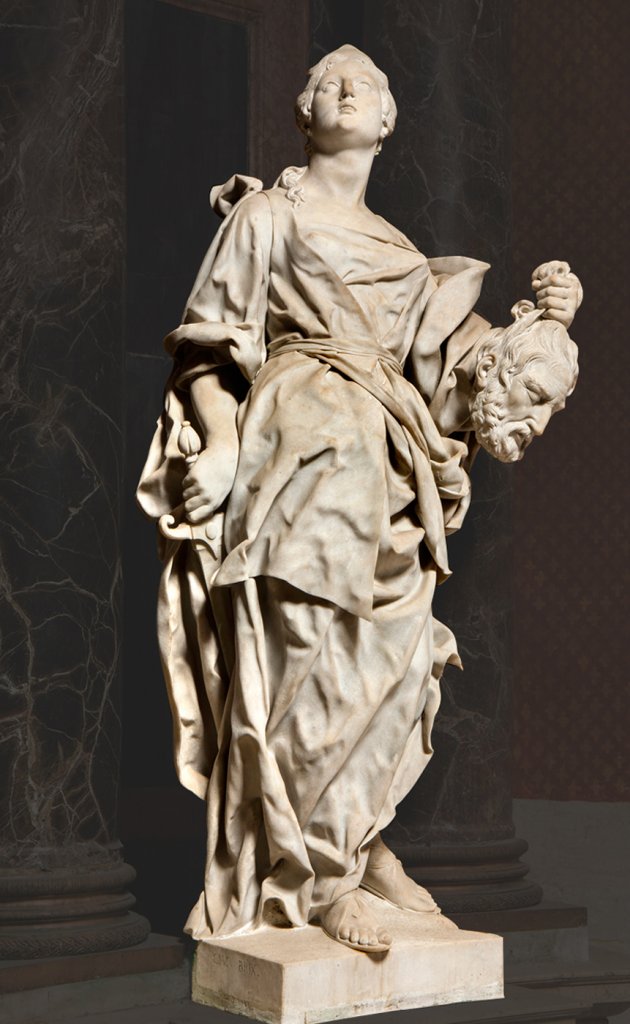 Chapel of the Blessed Sacrament